WHICH ROUTE SHOULD I CHOOSE TO CLIMB KILIMANJARO?

Which Route Should I Choose To Climb Kilimanjaro?
Before you can choose a route you need more information and get to know the different between the routes. There are seven established routes to climb on Mount Kilimanjaro

The Marangu route is known as the “Coca Cola route” and is one of the most popular routes leading to the summit of Mount Kilimanjaro. Many hikers believe that Marangu route is the easiest route to Uhuru peak, since it is the route which can be hiked in 5 days (making it lower budget option).

It is unfortunately a well-known fact, that the 5 days Marangu route 4Nights on the Mountain has one of the lowest summit success rates of all the routes on the mountain. If you choose Marangu route, we strongly recommend hiking for 6 days, to increase your chance to reach the summit successfully as more time on the mountain it allow a better chance for acclimatization. This is the only route, which provide comfortable sleeping huts, equipped with beds and mattresses at every overnight station. Marangu route use the same route for ascend and descend.

Umbwe route is known for its caves, the first night you actually sleep at the Umbwe Cave Camp with two more caves that can be visited en route the following day. Umbwe route is one of the shortest routes but more steep then Machame route, to the Southern Glaciers and the Western Breach. It is probably one of the most scenic, non-technical routes on Kilimanjaro. There are however higher risks involved when attempting to summit via the Western Breach / Arrow Glacier and overnight at the Arrow Glacier camp, which include:

Safety on the Western Breach – nobody can guarantee your absolute safety, as the area is unstable and rock falls may occur at any time During a normal summit of Kilimanjaro you will sleep at Barafu camp (4 600mt) or Kibo Hut (4 650m) before attempting the summit. By sleeping at Arrow Glacier camp (4 800) the risks for severe altitude sickness are considerably higher.

Most of Umbwe route hikes are currently re-routed, to join with the Machame route from second night on the mountain. On special request we can assist with Umbwe route hikes attempting to summit using the Western Breach / Arrow Glacier path and overnight at the Arrow Glacier camp (and the Crater camp). Please note this can only be arranged through in extra charges.

The Machame route is also known as the “Wiskey route” and most popular and successful route leading to the summit of Kilimanjaro. The Machame route is considered a difficult route, and is better suited for more adventurous trekkers and those with some hiking or backpacking experience. Because of the longer hiking hours and the steeper trails compare with the Marangu route.

Hikers sleep in tents which are carried up the mountain by support crews. The Machame route is a very scenic and beautiful route, which can be completed in 6 days, however we strongly recommend hiking the route in 7 days, allowing for more time to acclimatise.

The key to the success of the Machame route is its topography, allowing hikers to climb high and sleep low, helping towards better acclimatisation. There are however two drawbacks on this route:

Firstly hikers will need to pass an area just before the Shira ridge and hike the Barranco Wall, both of which are physically demanding and also present a potential problem for hikers with a fear of heights.

The second problem relates to the route’s high success rate, compounded by the fact that other routes join the Machame route from day 3 onwards – higher numbers of hikers can be therefore be encountered on this route.

The kilimanjaro rongai route is not a very difficult route and has very few people on it. It a...

The Kilimanjaro marangu route is a popular route on which nights are spent in huts, and meals ...

The kilimanjaro lemosho route is an unspoilt, remote...

Lemosho Route is a very beautiful and unspoilt route and its route comes with an armed ranger on the first day of the trek. As the forests around the Lemosho Glades are inhabited with buffalo, elephant and other wildlife. Its possible you get a glimpse of them along your trek.

Lemosho route is one of the quieter routes up Kilimanjaro, this advantage however disappears when the route combines with the Machame route on the 3rd day of the hike.

For those seeking a quiet route away from the crowds, the route is a superior option to the Rongai route. Unlike the Rongai the Lemosho route has the same excellent pro-acclimatization features of the Machame route, which it joins just before reaching Lava Tower. This makes that the success rate is higher on reaching the summit of Uhuru Peak.

This route retains a sense of unspoilt wilderness and caves and breath taking changing landscapes. A disadvantage is the long travel time to the starting point of the route. The route also becomes busier when it connects with the Marangu route just before reaching Kibo hut.

The Northern circuit is the area that connects the northern side of Kilimanjaro with the western side. The area is pristine with great views and very few hikers. On special request, can we arrange to include the Northern circuit in your hike, as follows:

Start the hike on the Rongai route and instead of heading east towards Mawenzi peak, head west towards the Shira plateau where you connect with the Machame route, attempt the summit from the Barafu camp and descend via Mweka route. Rongai route descends along the Marangu route as well, however you still sleep in tents, and do not use the huts of the Marangu route. Start the hike on the Lemosho route and on day 3 instead of heading east towards Lava tower, head north where you will connect with the Rongai route, attempt the summit from the Kibo hut and descend via Mweka route.

Please take note that you will need to arrange between 8 to 9 days hiking to include the Northern circuit to your hike and it can only be arranged through extra package.

Mweka Route
This route may only be use as a descending route for all the western routes.

Technical Climbs/Activities
No Technical climbs or adventure activities such as paragliding, cycling or skiing are allowed on Mount Kilimanjaro.

Reasons for Tanzania Being the Best Safari Destination
10 Sep, 2019 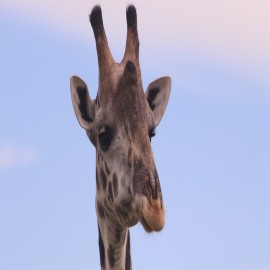