Why Book With Us?

The kilimanjaro umbwe route (also known as the "vodka route") is often considered the hardest but most spectacular and direct way to reach uhuru peak - for more experienced trekkers.due to the difficulty level, it's not very popular providing a nice sense of isolation and wonderful views.

Extra days on the Mountain: US $ 350 per person per day

Pick up from your hotel in Arusha/Moshi then drive to the UmbweRoadhead at 1800 m. The route initially follows a forestry track winding up through the natural rain forest. It then narrows and steepens to climb the ridge between the Lonzo and Umbwe rivers. The first campsite is in the forest by some rock overhangs at 2940 m, (5/6 hours walking).

Shortly after leaving the camp the forest ends and the path continues along a narrow spectacular ridge. Above, the sheer 1000 m of the Breach Wall appears and disappears as the afternoon mists roll up the Great Barranco. From the Umbwe ridge the route descends slightly to the Barranco Hut and our camp in the valley floor at 3900 m, (5/6 hours walking).

A short scramble to the top of the Great Barranco and then a traverse over scree and ridges to the Karanga Valley (4000 m, 3 hours), beneath the icefalls of the Heim, Kersten and Decken Glaciers.

After climbing out of the Karanga Valley the trail ascends a ridge to the Barafu Hut, a bleak location with little vegetation at 4600 m, (3 hours walking).

An early start for the ascent to the rim of the Kibo Crater between the Rebmann and Ratzel Glaciers, (4 hours); the last section before the rim can sometimes be snow-covered and an ice-axe or ski stick is useful for balance. From here a further hour leads to Uhuru Peak, from where there are often fine views of Meru to the west and the jagged peak of Mawenzi to the east. After a short time on the summit you descend to the Barafu Hut for a rest and lunch before continuing on down to camp at Mweka Hut in the giant heather zone on the Mweka route. 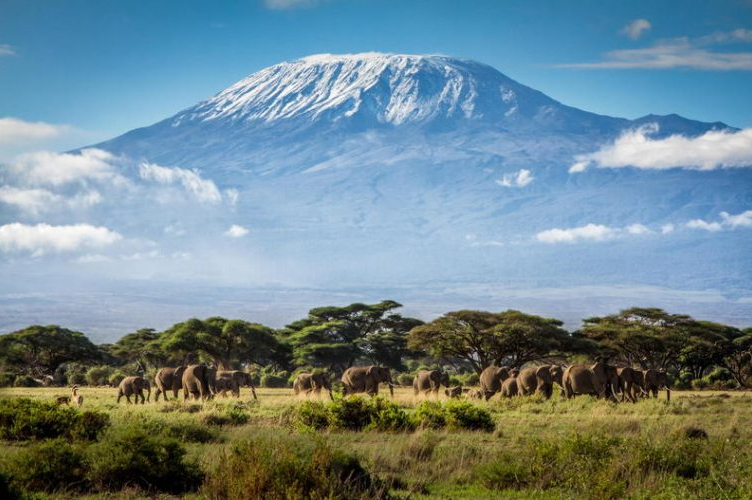 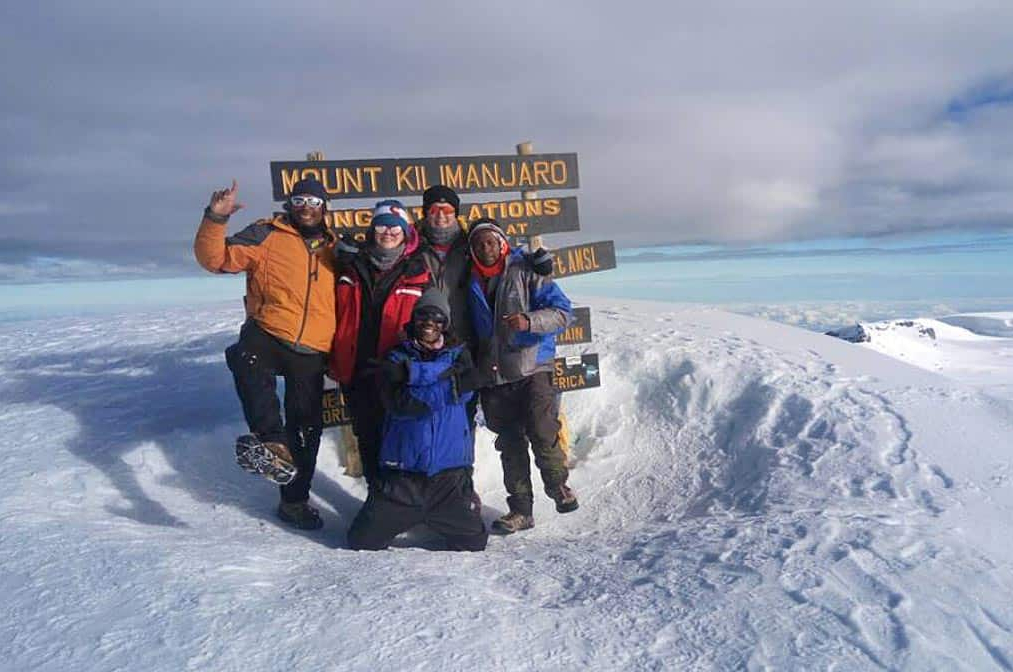